When you begin your localization journey it can seem so complicated and overwhelming. There are literally thousands of websites offering advice, ideas, solutions, and services to help get your global growth underway.

However, 98% of your localization efforts need to happen internally within your team or company before looking outside for help. This means you can get started on your journey right now without additional resources and startup costs. Let’s start with some considerations for localizing visuals.

When I was 13 years old, way back in the 70’s, I took a baker’s apprenticeship in a commercial kitchen. The hours were long and the work was hard. After a while, I moved up to commercial cooking on a large scale, then catering special events on a very large scale. Weddings and high-profile fund raisers where attendance was in the several thousands (I once spilled a tray of drink glasses on Elizabeth Taylor!).  From there, I moved on to high volume, food service management and further learned the value of process improvement, time management, and problem-solving skills.
So, what does this have to do with localizing visuals? Everything!
Overall, when working in food service, especially on a large scale, the absolute key to success is process, organization, timing, automation, and the ability to effectively solve problems on the fly.

Without these, you have confusion and chaos. You see this in action on popular cooking challenge shows—the harried, disorganized chef whose work station is a mess, their food under or over cooked, things burning while others haven’t jelled, and the final display haphazardly presented.
When it comes to localizing visuals or any content, most of us start out as the harried chef, while the goal should be to emulate Bobby Flay, the master of simple repeatable processes, great organization, effective timing, and creative problem-solving skills.

Once and Done Process Model

If you use visuals for help articles, blogs, support documentation, web pages, training manuals, etc., you know how time-consuming they are to create. Each needs to be painstakingly created, reviewed, updated with each product or campaign shift, release, or book launch, and stored and archived in a way to make them linkable, findable, etc.

The Once and Done process model hinges on the phrase “time is money.”  Every time you “touch” something it causes churn, or time spent. Time is very expensive in all industries, hence the reason for Henry Ford’s production line.

The basic Once and Done idea, when applied to graphics localization, is to create an image once – and be done with it – for all languages. This might seem radical for many, however, there are several ways to achieve this goal.
First, let’s look at a common example to identify what we mean by churn.
For one UI screenshot or web image, a common process might look like this:

Visually, the process looks like this, a spinning cycle that goes deeper and deeper the more languages you add – until you come to a place where you hit a wall, productivity is impossible, and you have no ability to move into more languages.

Visually, the Once and Done process, which is more efficient, looks like this: 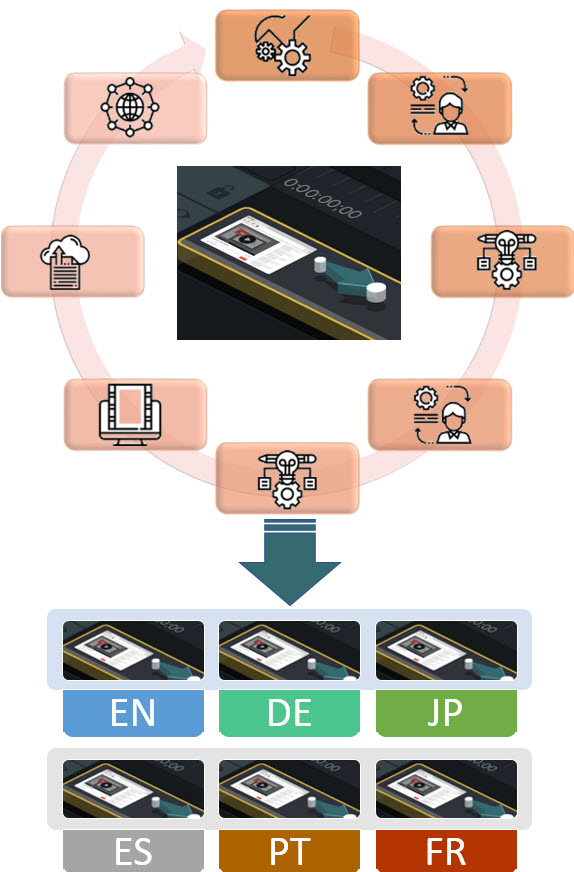 There are content best practices to adhere to when creating images for single source publishing. Minding these best practices will save you a lot of rework and will get you to a place where one image will work for most languages when localizing visuals.
Avoid:

2. Use Images with Numbers & Tables. No Text.

Remove all callout or caption text from images. Instead, use a well-trimmed image to orient the user to the location on the screen and add descriptive or instructional text below. Text outside the image will be translated with the file when sent for translation to your other languages.

Bits of text within the UI need not be translated when using this approach.

When showing instruction, zoom in to give a close-up view. And, de-clutter the shot while you’re at it. This process removes the bulk of any areas that might need translation.

Tip: Be sure to include readily recognized elements to quickly orient the user to where you are on the screen.

Simplified images remove the literal portions of the screen or image and replaces them with simple, abstract representations. One benefit of using simplified images is they don’t need constant maintenance or translation. No localizing visuals needed when it’s in a simplified image format. 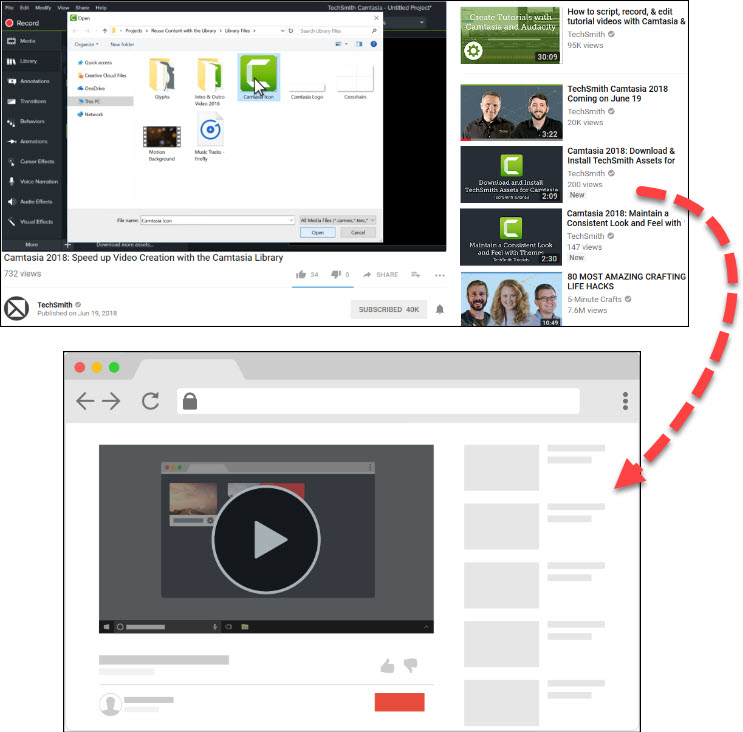 Since the purpose of the image is to orient viewers to the correct location on the screen, it’s important to match the elements in the original image with those in the simplified version. For example, if you want to show a menu selection that is the fourth element in a column of six, the simplified version must also show the fourth item being selected within a column of six. Or, if you show a specific button or icon, put it in the same location.
Also, when using simplified images, it is best to use them consistently within each page, help topic, etc. – don’t mix and match simplified images with literal screenshots.

This last way to reduce churn might also be the hardest one to get your head around. Traditionally, the thought has been to do all images in all languages. However, at some point, the churn this produces becomes unmanageable and the literal cost per image becomes too high. It’s at this stage where efficiency and scalablity require you look at new, and sometimes radical solutions.

Many companies are now following the tips given in 1-4 above, which allow them to make an easy and smooth transition into using only English images for some of their deliverable such as technical support articles, help topics, etc.

If you study some larger companies, Evernote for example, who translates into over twenty languages, they are employing this approach with much success.

In the example below, all the text on the page, including any navigation links, is translated while the image itself remains in English. Notice the use of an arrow directing the reader to the area of importance. 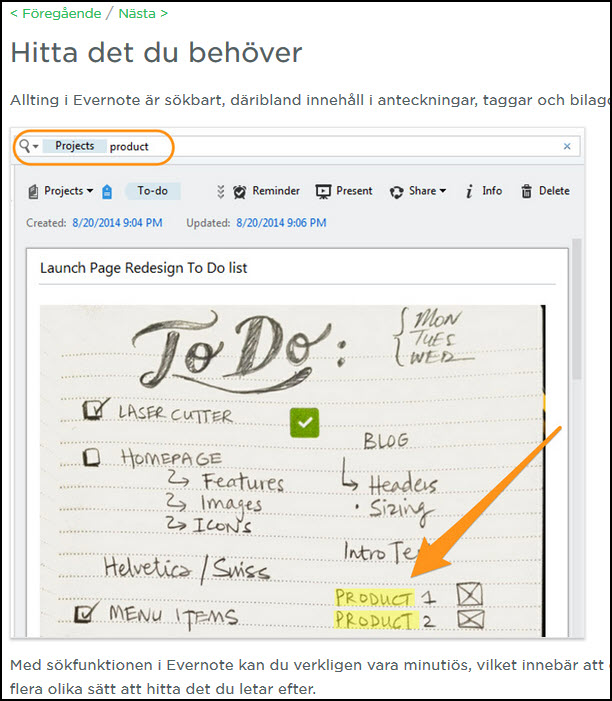 Technical and logistics corporations are also offering multiple languages with some images available only in English.
Here is an example of a more technical image in English, surrounded by translated page text. 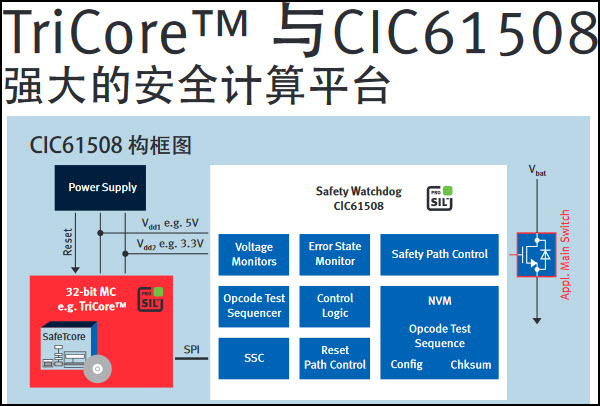 Clearly, this approach requires conversation in your company or team to see what is right for your global strategy and growth. However, English-only images, when used in conjunction with the other techniques discussed here, clearly give you a way to employ a viable once and done approach to free up internal resources from churn but also lead to other localization keys to success such as scalability and efficiency.

Overall, these five image techniques, when deployed consistently across your teams, not only reduce churn, they give your team a solid foundation for creating style guides that support your global growth goals.
Other questions to answer and document are:

Lastly, as an interesting team activity, try and whiteboard the lifecycle (in number of hours and people involved) of just one image in your system to see all the hands that touch it throughout its use. This gives you a good view of internal churn and all costs associated to maintain that image over time.

After you look at your process “on paper”, multiply this by the number of languages you want to move into, then multiply that by two since localized versions are at least twice the effort. This gives you a rough estimate of how much time and money one image might cost you. Now, if you are brave enough, multiply that final number by the total images you use in your help topics, technical support pages, tutorials, etc.

Seeing the overall effort for image management might give you the push you and your team need take the leap toward a more focused approach to global growth. And, when you are ready, use this guide to begin today! Remember, as mentioned at the start of this post, most of your localization efforts need to happen internally. This means you can get started on your content localization journey right now without any additional resources.

Kelly Mullins has been with TechSmith for 20 years and is currently the Localization Coordinator. She is a self-proclaimed craftologist and attempts to incorporate a creative approach to EVERYTHING she does. She loves grocery stores and camping. So, mixing visits to unusual grocery stores WHILE on camping trips is required. Kelly is also an eBay PowerSeller who has been selling bonafide junk on ebay for over 20 years.