Millennials are transforming the workplace in many ways, but one of the most important ways is how they prefer to communicate.

However, new research commissioned by TechSmith reveals that many businesses are failing to adapt to younger workers’ preferences for more visual forms of communications.

TechSmith has been developing software solutions that help companies and individuals create and communicate with visuals for more than 25 years. As such, when we set out to research the value of communicating with visuals, we we anticipated some likely results:

However, the results of the study were even more compelling than we expected, highlighting the extent to which visuals help everyone, not just younger workers, understand complex ideas, retain information, and carry out tasks. 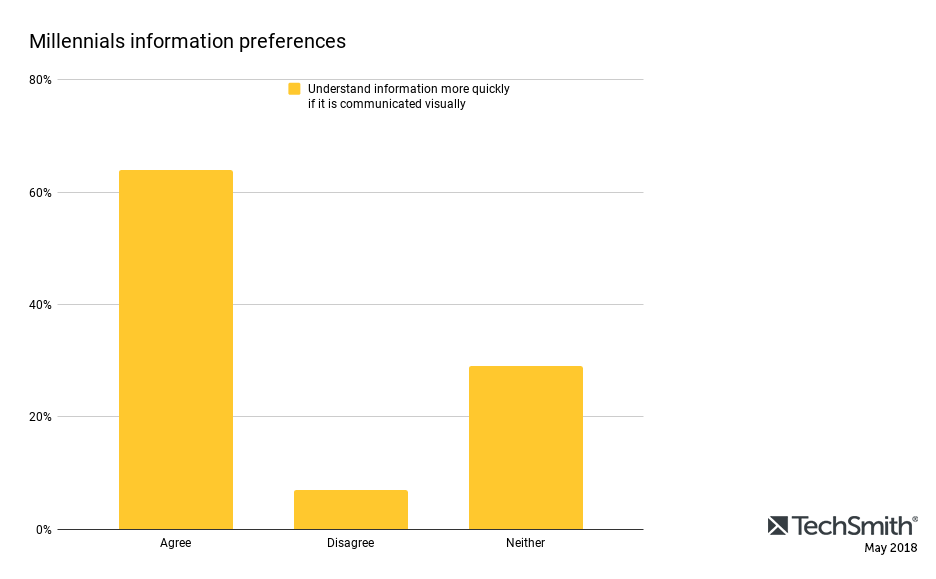 Companies are failing in communicating with younger workers

The research also revealed that businesses are missing the mark in communicating with younger workers, with 44% of millennials saying their company’s communications are outdated, vs. just 29% saying they’re not.

With millennials now the largest generation in the workforce, this can be a serious problem for businesses. 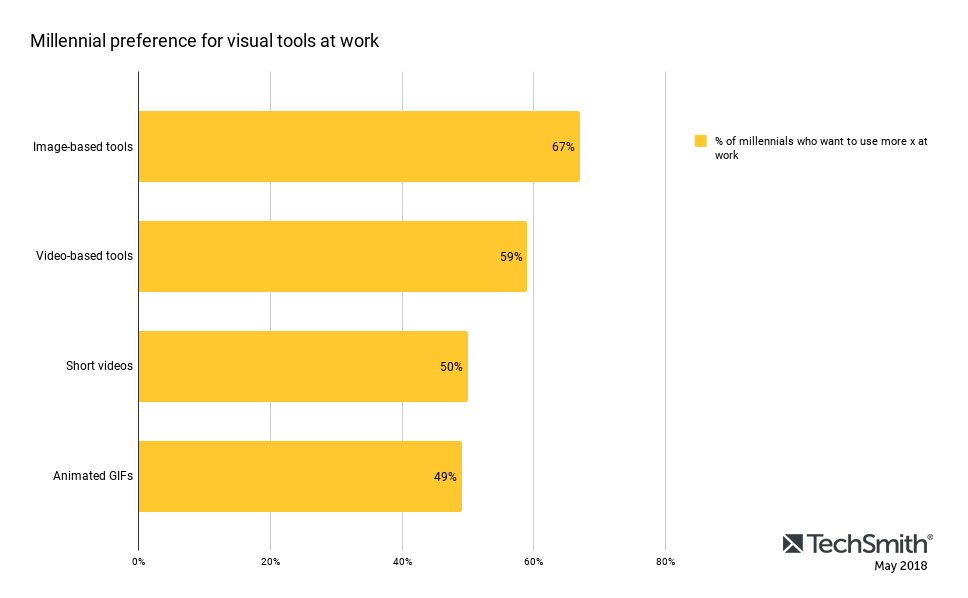 Our study of 125 office workers performing real-world tasks found that communications that include visual content such as screenshots, screencasts, or videos are better, faster, and more engaging than text-only communications for nearly everyone in the workforce. People perform better and feel more engaged than with plain text — and that could boost productivity. 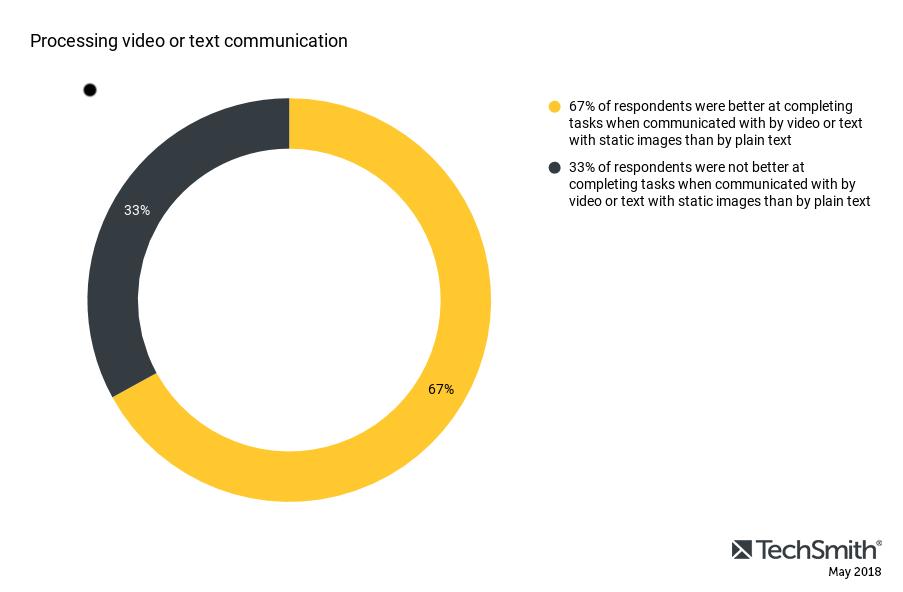 On a per-task basis, 7% or 8% improvement may not sound like much. But what if you think about it in terms of an entire workday, work week or an entire year?

In those terms, that could spell real consequences for the companies that fail to adapt.

TechSmith helps anyone create professional, impactful videos and images to communicate and share knowledge with others, so we have a vested interest in making sure our products help people do what they need to do. A survey of our user base would have yielded results, but only from people already creating images and video.

We wanted real, independent, verifiable data on how visual content, such as screenshots, screencasts, images, and video improves communication for businesses worldwide. These particular research findings are based on the following two types of research that were conducted by external research firms:

Each participant was asked to complete three everyday office tasks:

For each task, one-third of the test subjects were communicated with at random by each of the following instruction methods:

How can companies easily add more visual content to communications?

Change is hard. But there are a number of ways to begin adding visual content that doesn’t require a culture shift to achieve.

We have several blog posts that provide ideas on how you can start incorporating visuals into existing workflows and processes:

Follow us on Twitter and subscribe to our email newsletter to learn more and ensure you don’t miss more research findings that we will be sharing throughout 2018.

TechSmith Marketing Content Specialist and manager of the TechSmith Blog. More than 25 years of communications and marketing experience. Geek. Science and sci-fi enthusiast. Guitar player. On a mission to pet all the dogs. He/him. A few things about me: 1) Mildly (or not-so-mildly) obsessed with the movie Alien, 2) two rescue pibbles (Biggie and Reo), and 3) friend of ducks everywhere. Ask me about my seven+ years as a roller derby coach.