Facilitators with only one computer, or those who are working alone, can mark important moments during the session easily and quickly using a remote to set markers and start or end tasks without disrupting the participant. This frees up staff time, allows for faster analysis, and doesn’t require network privileges at remote testing sites.

If you modify study details, new recordings will not automatically match recordings previously made using this study configuration. You can merge these recordings later into a single study in Manager. For more information, see the Morae Manager Help. 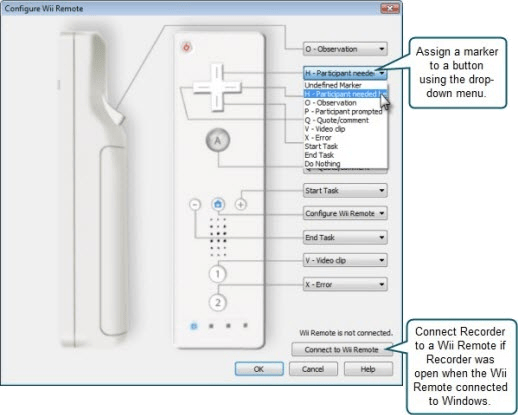 If Observer is unable to connect to the Wii Remote, an error message is displayed. Close Observer and attempt to connect the remote again.