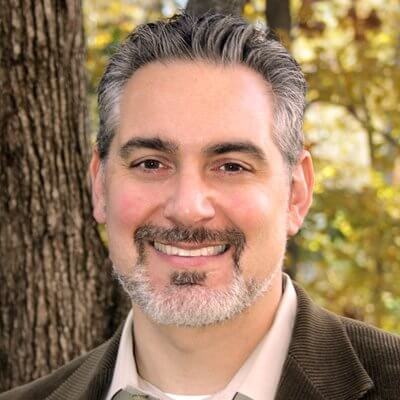 Today’s post was written by Josh Cavalier, the CEO of Lodestone.

For over 20 years, Lodestone has provided organizations education technology services including: public and private classes, video production, eLearning development and consulting. Lodestone is proud to be a preferred TechSmith training partner.

You can learn more about Lodestone by visiting their website: http://lodestone.com

Josh Cavalier is an author, speaker, and microvideo expert, who empowers educators to use technology and media. In this post, Josh gives an introduction to  microvideo to help us understand the benefits, as well as how to effectively use them.

A microvideo, or short form video, is optimal regarding length and meets the desired outcome such as knowledge transfer or a call to action. You can take a single instance of time–a micromoment, which is a single thought, image or idea, and string them together to create a microvideo. Multiple microvideos come together to form a larger macrovideo presentation.

I consider video lengths between six and sixty seconds to be a microvideo segment. These values are my benchmarks based on reviewing hundreds of video content patterns.

Today, human editors create long-form videos by piecing together content. Eventually, Artificial Intelligence (AI) will take your microvideos and dynamically create a larger, macrovideo specific to target audience members. Precursors to the use of artificial intelligence include template-based video creation websites like Animoto. This prediction is one reason why it’s practical to create optimal, short form video-based content in anticipation of dynamically generated content.

For a microvideo to be effective, there must be a reduction in cognitive load for the learner, which is the amount of information being processed by the brain.

Dr. Richard Mayer outlined the process our brains process images and sounds with his theory of multimedia learning. We receive pictures and sound in sensory memory as we consume video. These representations remain for only a few seconds. The interpreted information transfers from sensory memory to working memory. Images and sounds hold in working memory for roughly twenty seconds. After enough repetition by reviewing the microvideo or applying the new skill, information is then stored in long-term memory.

To reduce cognitive load, images and sound consumed through the eyes and ears contain no incidental media. What is incidental media? An example would be background music that does not enhance a training video, or text displayed on the screen away from the action in a marketing video. Incidental media is a distraction–anything that doesn’t aid in the consumer’s understanding.

Other examples of cognitive load reduction include the following:

There are two primary formulas for microvideos, depending on whether they are for education or marketing. Although the methods are very similar in structure, they remain distinct regarding the goals of the particular microvideo.

Educational videos must maintain a low cognitive load while using emotion strategically. Marketing videos have a higher amount of emotional content, but must be clear in messaging and call to action.

Let’s review the structure of educational and marketing microvideos–as was mentioned earlier, microvideos are between thirty and sixty seconds.

This formula represents a balance between the use of emotion and easily consumed content.

The phases of a marketing microvideo are similar to an education microvideo. Marketing videos rely more on emotion and may include music throughout the video.

How can Camtasia expedite the creation of microvideo content?

Have you used microvideo before? Do you see yourself using microvideo as an effective way to deliver a message in your current role? Tell us about your past experience or your future plans in the comments below.