In Manager, a task on the Timeline represents the time during the recording when the participant completed each task. Manager allows you to create, play and edit an unlimited number of tasks in each recording.

To create a task, you specify a Selection start and end. Manager creates a copy of that section of the recording and stores it in your Tasks folder. Creating a task never alters the original content of your recording.

Tasks can be split into multiple sections to accommodate the actual time the participant worked on the task during the test.

To create tasks in Manager:

Edit the Duration of a Task

Do the following to edit the duration of a task:

Add a Selection to a Task

The following are two examples of adding a selection to a task. 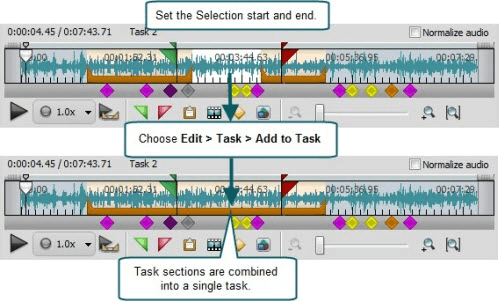 Remove Part of a Task

Do the following to remove part of a task: 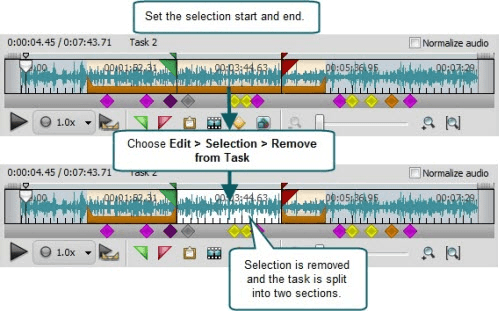