If you’re one of the thousands of people every day looking to start making videos, you’re in luck. When we went to Video Marketing World this past year we sat down with some of the best video creators in the industry. 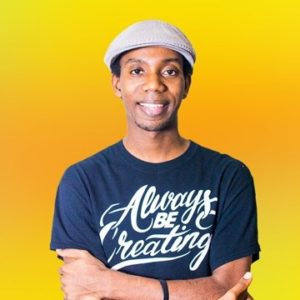 One of my favorite interviews is with Roberto Blake, CEO and Creative Director of Create Awesome Media, LLC., where he develops and produces digital content and online media properties.

Roberto discusses video creation, promoting videos, and how to get more comfortable in front of the camera.

Keep reading to get Roberto’s top tip to get started making videos yourself!

Want to watch the entire interview?

Watch to the full, nearly 40-minute interview on TechSmith Academy for free. You’ll get great advice from Roberto Blake on how to start making videos, promotion, and more.

TECHSMITH: When someone comes to you and they’re brand new to the video game, they’ve never really made videos, and they say, “I’m new, I want to get started.” What advice do you give them?

ROBERTO BLAKE: Don’t make excuses. Just start. I mean, it sounds easy to say, but it’s a choice. It’s a binary choice. You have to make a commitment. Then so, then they ask me, the next question is, “Well, Roberto, what do I make videos about?” I’m like, “Well if you’re asking me that, you’re not ready to make videos.” The reality is you should make videos about something you either really care about, you’re passionate about. Or something that you are good at, where you feel confident.

I tell people that the online space, social media, it’s like a lunchroom back in school. Pick your lunch table. You got to hang out with the other nerds. You gotta play Magic the Gathering at lunch, you know you, what are you gonna do? You’re gonna hang out with the stoners? Are you gonna be a goth? What are you doing today? Like, figure out who you are, have some self-awareness. 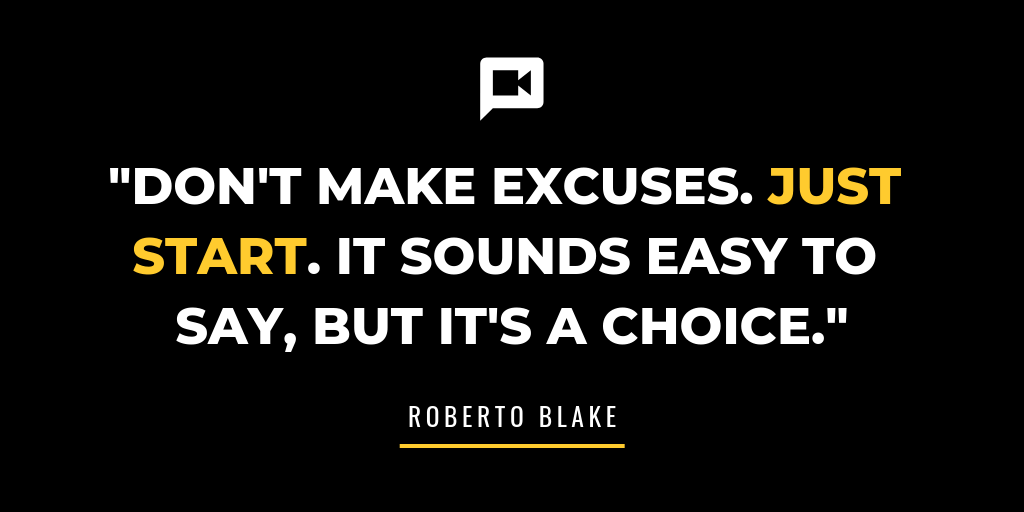 TECHSMITH: Someone comes to you and says, “Hey, I want to consult with you Roberto, but I’m worried about how much video is gonna cost me versus maybe writing a blog or making an image.” What do you say?

ROBERTO BLAKE: I tell them that the reality is, and this it comes off very harsh. It’s like, “You know what? Successful people deal in investment, poor people deal in cost.”

And that usually drives the point home for people, and the answer usually is like, “Well, I hadn’t thought of it that way.”, or “Fair enough.”

TECHSMITH: So let’s think about that for a second. There’s got to be lots of other questions that people new to video are thinking about, or should be thinking about when you’re asking yourself questions about videos. What are those questions for you right now?

ROBERTO BLAKE: What am I trying to accomplish? Who can I serve? What’s the actual value that someone is getting from this? What’s respectful of their time? How can I deliver for them better? How can I make this real to them? How can I answer their skepticism or cynicism? How can I overcome the barrier for them to accept what I’m saying, and for it to have meaning for them?

TECHSMITH: So, in all those videos you’ve made, what’s one mistake that’s particularly memorable for you? Or you can look back and say, “Oh man, I can’t believe I made that mistake.” Especially as you look back on it.

ROBERTO BLAKE: I feel like there’s always something in every video that I’m completely dissatisfied with. I mean, in the early days I was very hypercritical of not liking my audio capabilities. Both in terms of there were things where I had to upgrade the microphones because I was still figuring that component of it out.

I guess for me the things that I feel are mistakes that I actually care about might be things like where I feel I could have delivered something better, or where I feel I didn’t communicate what I wanted very well in the video.

ROBERTO BLAKE: The last thing they should be thinking about doing when they’re just getting started is growing.

Here’s the reality. The first year or so that you’re doing anything, you probably aren’t great at it yet, because you don’t have the experience. They have the audacity to expect an audience for your dress rehearsal. 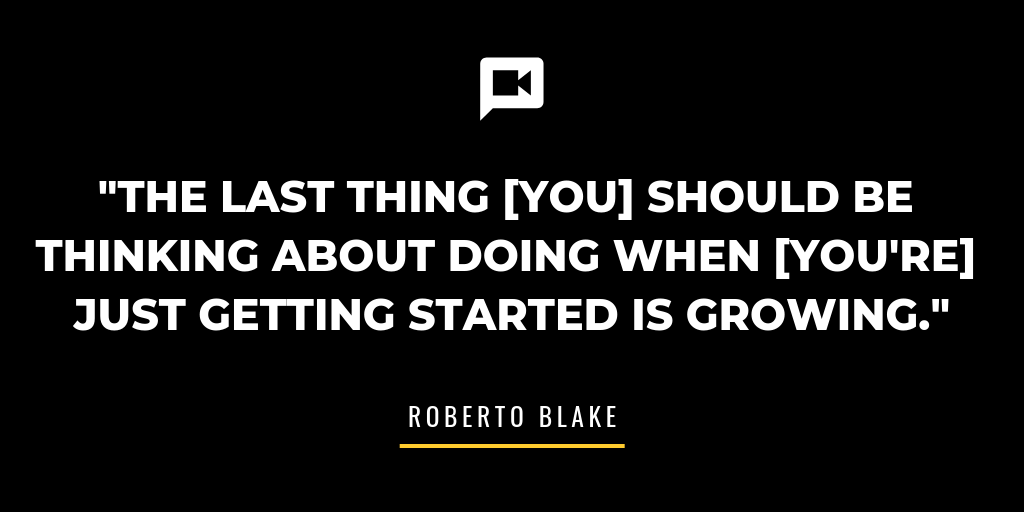 TECHSMITH: Because I think we have a lot of people who, they might not be on that solo YouTube kind of entrepreneurial track. They’re corporate America, which I know you’ve been in.

They’re seeing videos as something that’s happening, and they want to be part of that. But they might not have that creator passion inside of them necessarily, but they know they need to do it. They need to do video. What do you say to those who are thinking, “I want to make great training videos for my department, I don’t want to worry about subs on YouTube.”?

ROBERTO BLAKE: Yeah. You have to identify who has the talent to do what, because if you are in corporate America, you shouldn’t be taking on something all by yourself.

You should use the resources at your disposal, and you should advocate for teamwork and for team building. And what I would say to somebody in a corporate situation is, you have to identify who has the best talent for what purpose.

Then you have to identify the person in the organization has the best talent and is best suited to be the face of the brand, or the voice of the brand or you know, the ambassador of the brand if you will because that actually matters.

TECHSMITH: What advice do you have to people, especially I want to think about those people who maybe they don’t have a lot of freedom in what they’re creating, because it’s corporate America, but for others as well. How do you go about injecting your creativity into what you’re creating?

ROBERTO BLAKE: Well, I think it’s the relationship that people have with creativity. When you say creativity, people immediately think of art, cinematography, uh, graphics, things of that nature.

So they’re thinking about visual creativity. It hasn’t occurred to them that there are other ways to be creative. You can be creative in presentation, and in writing and scripting.

For example, creativity could mean the way that you make your jokes. Creativity could be something as simple as the framing. Or it could be the aesthetics of the backdrop, you could incorporate that.

Want to watch the entire interview?

Watch to the full, nearly 40-minute interview on TechSmith Academy for free. You’ll get great advice from Roberto Blake on how to start making videos, promotion, and more.

Global Content Strategy Manager at TechSmith. I play a lot of golf and watch a lot of football.