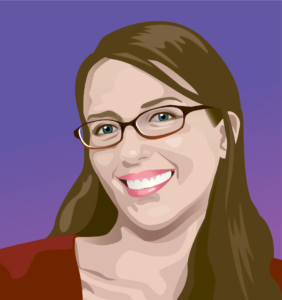 Genevieve Hartman is the vice president of educational content at BrightBytes, an educational analytics company. BrightBytes captures the link between school technology use and student achievement. Their platform measures students’ and teachers’ use of and access to technology at school and at home. They then help schools decide on the appropriate next steps to close any gaps. Recommendations can be professional development programs, policy changes, or other projects that the school might take on in order to make the most of the technology they already have. The data collected through the BrightBytes platform can be used to help write technology plans, apply for grants and demonstrate the success of those grants, as well as increase stakeholders’ commitment to 21st-century learning.

Working with a team both foreign and domestic

Genevieve began using Snagit when BrightBytes CTO and co-founder Hisham Anwar offered it as a visual communication solution to an issue Genevieve faced: the developers helping BrightBytes to create their platform spoke limited English.  According to Genevieve, Snagit has revolutionized the way her team interacts with their programmers.
“We’re building our software platform and working with programmers in Poland,” said Genevieve. “I create the content, but I don’t know how to program. We’re using Trello to manage tasks, but it’s challenging to work with people who may not speak English or have limited understanding of the language.”
As they say, a picture is worth a thousand words.  Prior to Snagit, Genevieve was forced to describe design and content issues as best she could over email. Now, Genevieve can take a snag and circle the area that needs work or insert a text box next to the area telling the programmers exactly what to do. She has found that very little is now lost in translation between her team and the developers.
“I have used it every single day since I got it,” said Genevieve. “Not only do we communicate with the programmers through Snagit, we now all communicate that way with each other. It really cuts down on confusion between colleagues.”
“We were initially printing our dashboards and marking them up by hand, which amounted to hundreds of pages to then scan and email,” said Genevieve. “The documents are quite lengthy, and to print them out was a nightmare.  Now I don’t even need to print! I’m sure that switching over to Snagit has saved us hundreds of dollars in printing costs.”

When collecting data for their clients, the team ends up with very detailed reports spanning multiple pages that include complex wording.  To avoid large packets to flip through, Genevieve takes a scrolling snapshot and uses Snagit’s editing tools to point out important information and add reminders about what data means to the client. Then, they send the information in a simple, easy-to-read PDF.
As part of their mission, BrightBytes must allay the fear of technology many of their clients face. Many schools don’t understand what technology and opportunities they have available to them prior to using BrightBytes services. What their clients often see is that they have plenty of access to technology, but when it’s measured in the classroom, it’s not used effectively.
BrightBytes also provides information on what clients’ faculty believe about technology and how their beliefs change the way they interact with their students. Genevieve noted that beliefs held by teachers regulate their perceptions, judgments, and behaviors in the classroom. Understanding teacher belief structures is central to improving their preparation for the classroom.
“So that’s where we come in,” said Genevieve. “We show where the gaps are in teacher and student beliefs, and then help address those gaps. What’s important is that teachers or schools who don’t believe technology is critical for learning are sending the wrong message to their students.”

The changes that the programmers are making are now exactly what BrightBytes wants. Before, the programmers were trying to interpret sentences in a foreign language without images. It was often very complex wording that got lost in translation. Simply moving away from descriptive text and using visuals is a whole new world in terms of communicating their needs.
“Snagit has been the absolute best tool I’ve ever used,” said Genevieve. “I can’t believe what it does and how many wasted hours I’ve spent trying to do what it does on my own.”
Schools are now able to better understand the information BrightBytes delivers and thus, can act to rectify the technology challenges they face. With the annotations, fewer questions arise and more understanding occurs resulting in productive action.
To learn more about BrightBytes, which was also featured on TechCrunch in February, visit their website or follow them at @BrightBytes on Twitter.