Video is HOT right now! Like, on fire. Use of video has been on the rise over the past several years and continues to grow. According to research from Cisco, “82 percent of all global consumer internet traffic will come from video by 2020”.

There are many ways to use video in business, Including explainer videos, promotional videos, and testimonial videos. One of the most popular ways to use video, however, is on social media — especially Facebook.  But what does it take to be successful with social media videos? What logistical items should you keep in mind when posting a video on your company’s Facebook page?

Facebook is the king of all social media platforms. But, because there is so much content published on Facebook each and every day, the competition is fierce. It’s hard to get in front of your audience among so much clutter. As a result, some changes to the algorithm have taken place over the past couple of years, which have left marketers scrambling to receive the reach they once enjoyed for free.

In 2016, Facebook announced a company-wide push to become “video first”. CEO Mark Zuckerberg provided his reasoning: “People are creating and sharing more video, and we think it’s pretty clear that video is only going to become more important.” As a result of this commitment, the Facebook algorithm currently rewards the highest visibility to video posts (including live video, but we won’t cover that in this post).

In Spring of 2017, Hubspot published an article titled The Decline of Organic Facebook Reach & How to Outsmart the Algorithm. In it, the author noted, “videos on Facebook are engaging and make visitors more likely to stop, watch, and maybe even unmute when they spot them in the News Feed. Use videos with captions, animations, and engaging visuals to draw in Facebook users’ attention.” Posts that get a lot of interaction earn higher visibility; video can help to get the engagement that is necessary for successful posts on Facebook.

Because of this, at TechSmith, we recently made a decision to start using video more on our social media channels. Our current video campaign is a tactic of our content strategy, with a goal of driving traffic to our blog. Each week, we use TechSmith Camtasia to re-purpose two upcoming blog posts, by summarizing them to re-create the article as a video. We share the videos on social media (and also embed them in the blog post), and when people click through the video, they’re taken to the TechSmith blog. If they don’t click, but they view the video, we’re happy with that too.

As with anything new, we made some mistakes. But, we’ve been using social media video for awhile now, so we’ve been able to iron out some of the kinks and have developed some best practices.

Here are three things you must consider when you promote your video on Facebook.

1. Consider what sort of sound will be used in your video.

Captions or subtitles are something that you should consider using in all of your videos. If you aren’t already doing this, though, you’ll definitely want to include them in any videos you share on Facebook. Many people will view the video from a mobile device, and many will view your video without sound. If the meaning is lost by viewing the video without audio, it’s very likely that the meaning will be lost altogether.

To upload video captions in Facebook, you’ll need to use an .srt file. Facebook has a very particular naming scheme for .srt files, so be sure to name your file correctly, or you will not be able to upload. These can be created in a text editor, such as Notepad, although most video editors, like Camtasia, can create captions and export an .srt file.

To save time, we often upload our videos to YouTube, and use the auto-captioning functionality. You can make any necessary corrections, then download the .srt file (and rename it) for use on Facebook.

Consider whether you’ll only offer captions in English, or if you’d like to offer them in multiple languages. If you need to have the same video shared to different audiences in different languages, you’ll need to create unique posts, and also create unique .srt files for each language.

In our current blog video campaign, we’ve opted not to use captions or .srt files, because instead, we use text throughout the video to tell the story. Currently, we only produce these videos in English. We include soft music, which neither adds nor detracts from the content, whether you view with or without audio turned on. Below is an example.

2.Don’t forget about your thumbnail!

The video thumbnail is important. It’s what your video looks like when it’s not playing, and it’s easy to overlook. Some people might have their Facebook account set up so that videos do not automatically play, so in these circumstances, it’s super important to have an enticing thumbnail in place. It will also act as the preview of the video after the post has been long forgotten.

After you post a video, it will end up in the Videos tab of the Facebook page. You can sort your videos to create playlists, if you’d like, which is a good way to organize this content, and often where you’ll really notice nice-looking thumbnails (or lack of). 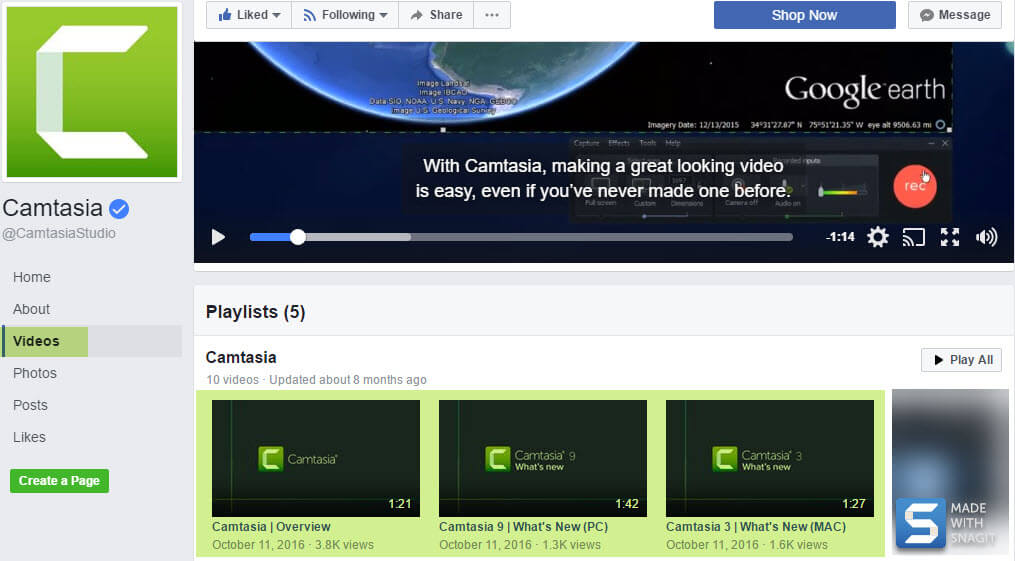 Did you know that text cannot cover more than 20 percent of an ad’s image when you pay to promote a post on Facebook? This is something you’ll definitely want to remember when you select or upload a thumbnail. Facebook has recently updated this policy, so it is now technically possible, but not recommended–you’ll receive less or no delivery at all. Due to this advertising policy, you’ll want to give careful consideration when you designate your video thumbnail, or you’ll risk getting a fun message from Facebook, telling you your ad(s) are disapproved.

Facebook will assign a default thumbnail–the platform provides 10 options for you to choose from. You can upload a different image to use as a thumbnail, though, if you prefer.

3. Set a goal and/or clear call-to-action for your video.

To truly  reap the benefits that video has to offer when it comes to Facebook visibility, focus on quality over quantity. Don’t increase your number of or frequency of posts, but rather, increase the effectiveness of your posts.

Regardless of what your goal or call to action is, make sure you have one. We like to aim for a “share” call to action, but we may tweak that over time. We invite viewers to share the video in the last frame. Overall, what we really want is to drive traffic to our blog, and encouraging people to share the post supports that goal. 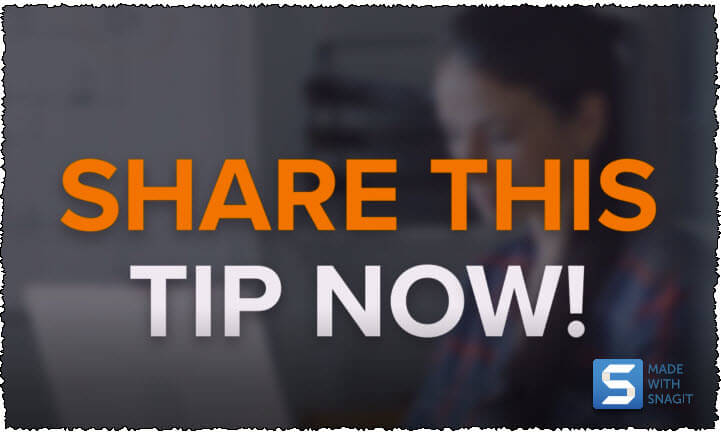 Facebook offers a variety of buttons for page posts, all which would be suitable to select as a call to action button, and may help you come up with an idea of what to use.

It’s hard to say what will be the next big thing in social media. But, for now, let’s embrace, and ride this video train for as long as we can!